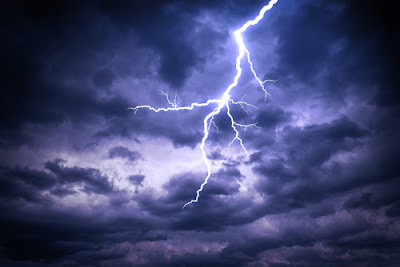 I first heard of Hurn Publications (that's a link to an archived version; the Hurn website is no longer online) not because of author complaints, but because of a contact from the company's founder, Meaghan Hurn.
Shortly after I published this post about contract cancellations and other troubles at vanity publisher Waldorf Publishing, Meaghan emailed me to say that she had a list of publishers who were willing to "help" the cancelled authors by printing new editions of their books. Regardless of the publisher, referring authors isn't something I'd ever do; Writer Beware is scrupulous about avoiding conflict of interest, and we never offer publisher (or agent) recommendations or referrals. We also promise confidentiality, and don't pass on names to third parties.
Meghan also asked me to take a look at Hurn and "see where we might be able to improve from your unique viewpoint." I give advice to writers for free, but to publishers, not so much. Nevertheless, I took a look. And I saw some warning signs. Meaghan Hurn had no apparent professional publishing or writing experience prior to founding the publisher. The company was less than a year old (there's a really high failure rate among new small publishers; it's best to wait until they've been publishing books for at least a year, and preferably longer, before approaching them); it described itself as a "collaborative" publisher (often a euphemism for pay-to-play; Hurn emphatically denied that authors had to pay for anything, but some publishers make that claim and still have a book purchase requirement); and it claimed trademark status for non-trademarked properties (I checked).
Last but not least, Hurn's contract suffered from multiple personality disorder: it required authors to surrender copyright, yet promised to register copyright in the authors' names; it claimed rights in perpetuity, yet released them after five years; and it pledged to pay royalties quarterly, but also just once a year.
So I honestly wasn't too surprised when, in late October, I began hearing from Hurn authors. They told me that on October 24, after several weeks of silence, Meaghan Hurn abruptly took down the Hurn website and closed her social media accounts.
The same day, they received this letter, informing them that Hurn was closing immediately due to Meaghan's illness. The letter does dissolve all contracts and revert all rights (a step that many small presses that go suddenly dark neglect to take) and agrees not to enforce "the portion of the contract that requires you to pay to use [your edited manuscript]" (this provision, which Writer Beware considers predatory, did not appear in the early version of Hurn's contract that I saw). But it also seeks to monetize the company's dissolution by offering to let authors buy their cover art for $350.
Especially with publishers that are one-person operations (or one person plus some freelance editors), illness or family troubles or other personal misfortunes can completely derail the business. But Hurn's sudden closure didn't come totally out of the blue. Authors told me that there were trouble signs well before October 24th: books with uncorrected errors, late royalty payments and statements, unfulfilled marketing promises, and poor communication.
As of this writing, Hurn books are still for sale on Amazon, in both print and Kindle editions. It can take some time for retailers to remove listings, and publishers do have the right to continue to sell any print editions they have on hand at the time of closure or contract termination. They should pay royalties on all of those post-closure sales, however. Hopefully Hurn will do so.
Hurn authors, please let me know.
DREAMING BIG PUBLICATIONS

I've been getting complaints about Dreaming Big Publications (not to be confused with the similarly named, and now defunct, Dream Big Publishing) off and on since 2018. These include scheduling delays, unpaid royalties, no sales information, failure to respond to emails, and in one case, publishing an audiobook that the publisher did not have the rights to.
Now, apparently things have gotten worse, to the point that authors are asking to to terminate their contracts. In late August, Dreaming Big posted this in the members-only section of its website:

Compared to some termination fees I've seen, these aren't large--still, it's not a great sign to have enough authors wanting to get out of their contracts that you feel obliged to monetize the process.
Like Hurn, Dreaming Big is basically a one-person operation that has been derailed on occasion by the owner's health issues. But that may not be the only source of Dreaming Big's problems with paying and accounting royalties. Here's the royalties clause of its contract:

That's it. No schedule of payments. No requirement that the publisher provide a royalty statement. Small presses often ignore the terms of their own contracts, so having a royalty schedule and an accounting requirement doesn't mean you'll get them. But not having them definitely increases the chances that you won't.
Something to watch for.
AZURE SPIDER PUBLICATIONS

Another one-person operation--Azure Spider Publications--is the subject of a spate of recent author complaints. These include no royalties, no royalty statments, non-response to emails and messages, and refusal (via non-response) to terminate contracts and remove books from sale despite clear evidence of breach (the said non-payment and non-provision of royalty statements, both of which are required in the contract).
I tweeted a couple of alerts about the situation, which appear to have motivated the publisher to reach out to me.

I'm always at least a little skeptical about health excuses, since I've encountered so many situations in which they turn out to be false. Covid especially provides a convenient rationale: I've seen it used frequently in the past year and a half--sometimes honestly but often otherwise--to justify non-performance. But these tales of misfortune may also be genuine, so they deserve at least the benefit of the doubt.
In this case, though, doubt has run out. The promises made in the email have not been fullfilled--at least for the authors who contacted me, who have still not received royalties, rights reversions, or even a response from Ms. Osborne.
******
Finally, an observation. As I've noted in each case, these publishers are all basically one-person operations, with perhaps some freelancers or part-timers to fill in the gaps. The owner of Dreaming Big, for instance, has admitted that publishing is a sideline: "Publishing is fun and more than a hobby, I suppose, but it's not what pays my bills".
If you're going to put your manuscript into the hands of a publisher--not to mention, sign a contract that binds you to the publisher for years if not the life of your copyright--you really want publishing to be the publisher's primary business--not something done "for fun" or as a hobby or in their spare time evenings and weekends. With the best will in the world, one-person and part-time ventures, which are often without financial reserves and don't have the cushion of regular staff, are super-vulnerable to unexpected outside events--illness, family emergency, personal misfortune, and the like. As seen above, these can lead to mistakes and delays, or even push the company into closure, leaving authors in limbo.
Again, part-time publishers may be entirely well-intentioned, and may have the savvy or drive to keep things running smoothly. But for authors, signing with a publisher that isn't a full-time operation is a risk factor. When you're evaluating whether to accept a contract offer, it's something you need to consider.
Share