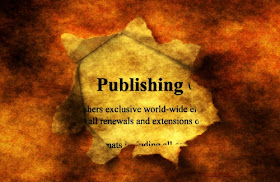 I write a lot about publishing contracts on this blog, and questions about publishing contract terms make up a large portion of my Writer Beware correspondence. Unfair and even outrageous contract terms are a major problem in the publishing industry, whether they stem from a traditionally one-sided relationship that's being challenged by developing technology (Big Publishing) or the plague of ignorance, inexperience, and greed that afflicts the small press world.

Last year, the US-based Authors Guild announced its Fair Contract Initiative, whose goal is "to shine a bright light on the one-sided contract terms that publishers typically offer authors and to spur publishers to offer more equitable deals."


Why do publishers insist on offering their newest partners more than a hundred conditions so dubious that they’ll quickly back down on them if asked? It largely boils down to unequal bargaining power and historic lethargy. Anxious to get their works published, authors may wrongly believe that the contract their editors assure them is “standard” is the only deal available, take it or leave it. And much of that “standard” language has been around for years thanks to institutional inertia; as long as somebody signs an unfair clause that favors the publisher, the firm has no interest in modifying it.

The Authors Guild's primary focus is Big Publishing, but the paragraph above applies to any publisher, large or small, established or inexperienced.

The Guild is advocating eight principles for fairer publishing contracts. Whatever your opinion of the Authors Guild (and I know many writers think it's reactionary and behind the times; I myself can't quite forgive it for its hand in the failed Google Books Settlement), these are important principles with which every writer should be familiar.

- Half of net proceeds is the fair royalty rate for ebooks. Big publishers typically offer 25% of net; small presses may offer 30% or even 40%. That's not enough, says the Authors Guild: it advocates a 50/50 split. (A caveat: there's some inconsistency here--sometimes the Guild says "net proceeds" and sometimes they say "net profits." There's a significant difference, as anyone who has ever seen a net profit royalty clause can attest. My own preference here would be for net income.)

- A publishing contract should not be forever. The "standard" contract in Big Publishing, and many small press contracts also, is life-of-copyright--the author's lifetime plus 70 years. This is unfair, says the Authors Guild: "There’s no good reason why a book should be held hostage by a publisher for the lifetime of the copyright."

Instead, the AG advocates for limited-term contracts (as well as for a limited period in which publishers must either exploit subsidiary rights or give them back) and, just as important, for getting rid of "the entire outmoded concept of 'out of print'" as the standard for when rights reversion should take place.


Instead, the contract should define when book rights are being “inadequately exploited” and therefore available for reversion to the author when the book fails to generate a certain amount of income—say, $250–$500—in a one-year period. Using income as the yardstick, not a specific number of sales, is essential: Publishers might otherwise be able to game the clause by offering one-cent e-books the way they’ve gamed existing clauses by using e-books and print-on-demand..

- Authors, keep your copyrights. This doesn't need explaining. Requiring authors to surrender copyright is a particular problem in the academic world, but it happens in the trade publishing world, too.

- Delete the non-compete. Many--in fact I would say most--publishing contracts include non-competition clauses that are overly vague, overly sweeping, or both.


Authors are routinely asked to agree not to publish other works that might “directly compete with” the book under contract or “be likely to injure its sale or the merchandising of other rights.” Even more broadly, they may be asked not to “publish or authorize the publication of any material based on the Work or any material in the Work or any other work of such a nature such that it is likely to compete with the Work.”

Clauses like this can bar authors even from self-publishing. If non-compete clauses can't be eliminated entirely, the AG advocates limiting the non-compete period to one year after publication, and, for fiction, specifically excluding prequels, sequels, and characters. (I'd add that it's also a good idea to limit the non-compete to books on the same subject or in the same genre.)

The AG recommends that option clauses should cover only the author's next work in the same subject or genre, and give the publisher a limited period to make an offer or release the book with no strings attached..

- Publishers' payment and accounting practices need to keep up with the times. Semi-annual royalty payments are standard in Big Publishing, with publishers allowing themselves long lead times in which to pay. The AG advocates for contracts that "specify quarterly payments of income received by the publisher no more than three months in the past." There need to be limits on reserve against return clauses, too: "any fair reserve clause must include limits, both for the dollars that may be withheld (no more than, say, 20% of royalties) and the length of time the clause may remain in force (say, one year)."

Many small presses pay royalties more often than quarterly. But many also account and pay royalties only when income from sales is actually received--which can make it very hard for authors to to tie sales to payments. Small presses also rarely maintain reserves against returns, since most don't distribute to physical bookstores--be wary of a small press contract that does include a reserve clause. And make sure that your contract requires the publisher to provide royalty statements for each payment period, whether or not payment is due. I've seen a number of small press contracts that do not oblige the publisher to provide royalty statements at all.

- End the discount double-cross. The AG calls out "deep discount" clauses, which reduce authors' royalties either by allowing publishers to sell to retailers and wholesalers at gigantic markdowns, or to slash royalty percentages on discounted sales. This is a problem mostly for authors with bigger publishers (some publishers have been caught selling books at steep discounts to subsidiaries, which then turn around and sell them at the regular rate)--but I've seen unfair royalty reduction clauses in small press contracts as well.

- Stop forcing authors to take unlimited financial risks. Warranty and indemnity clauses put writers in financial danger by requiring them to make a series of promises about their work--such as that it doesn't violate any laws--and to accept financial liability if those promises are found to be untrue, or if lawsuits arise from them. But how many writers are legal experts, or can afford to defray huge legal expenses?

The AG identifies elements of fair warranty and indemnity clauses--which will help you identify better ones, but probably won't be of much use if you encounter a bad one, since publishers are rarely willing to negotiate (and, especially in the small press world, may not even understand) these clauses.
Share