If you're a regular reader here, you'll know that I love the strange and twisted stuff that happens (mostly) at the outer fringes of the publishing and writing worlds. Today, three head-shaking examples.

Gosh, isn't that an impressive name for an organization? It certainly impressed the person who wrote to me to ask about the IAPWE's reputation.

Of course, professional is as professional does, and the person wouldn't have contacted me if they didn't feel at least a little uneasy. And red flags do fly at the IAPWE's website, from the cheesy-looking logo to the lack of substantive information about the organization and its members, to the dime-a-dozen advice blog posts, to the fact that its fancy-sounding New York City address is actually a UPS store. (UPDATE: IAPWE's address has changed--it's now apparently operating out of an apartment building in Albany, NY.) The organization also seems to be very new--its domain was registered only in September 2015 (which makes it a little odd that its first blog post is dated May 2015).

Another question: is IAPWE an organization "dedicated to bringing the most updated, legitimate and vetted writing and editing job opportunities to its members", as its About page claims, or is it a writing and editing services provider, as this Craigslist ad suggests?

And then there's this: a scam alert from an outfit called Translator-Scammers.com, a purported watchdog group that claims IAPWE is "One more monumental scam from the same operators behind the infamous Real Translator Jobs / Real Writing Jobs scamming ring." Whoa, that sounds bad! But wait--here's an entire blog devoted to alleging that Translator-Scammers is itself running a scam, contacting freelancers and demanding a fee of $50 to "verify" them and, if they don't pay up, listing them in a "scammers directory."

Whatever. Scam or no scam, there are enough red flags just on IAPWE's website to prompt serious caution.

UPDATE:  IAPWE appears to have been caught using random people's faces on its staff page (the page is no longer on the website). Oops.

I'm not the only one who thinks IAPWE is sketchy. See this discussion on Reddit. Commenters report, among other things, applying for editor jobs on Craigslist, only to get a response from Mike Townsend (listed on the vanished IAPWE staff page as Content Coordinator) advising them that the job wasn't available but IAPWE was hiring. Hmmm.

UPDATE 12/4/16: I've suspected for some time that IAPWE has been encouraging members to visit this post and plant positive comments. My suspicions were recently confirmed when a single negative comment immediately prompted a deluge of responses from angry IAPWEers accusing the commenter of self-promotion, bias, lying, and more. What are the odds that one comment on a year-old blog post would evoke such defensiveness, unless someone were watching? Plus, all the defenders either couldn't be found on a Google search, or else had suspiciously similar websites and very vague qualifications. Needless to say, I haven't approved any of their comments. 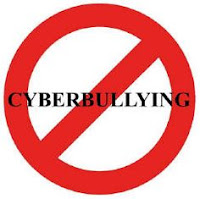 Writers behave badly all the time--trashing-talking rivals, whining in public, savaging colleagues with pseudonymous reviews, even suing reviewers. But this is one of the most convoluted tales of authorial malfeasance that I've ever heard.

Last week, authors Steve Mosby and Jeremy Duns alleged in blog posts that fellow novelist Stephen Leather--a bestselling crime and thriller writer--cyberstalked them via blogs and websites set up to disparage them and tarnish their reputations, after they voiced criticism of Leather's admitted practice of using fake identities to promote his books. Mosby's post is here. Duns's much longer article, replete with links and screenshots, is here.

Mosby's and Duns's stories have garnered quite a bit of media coverage. As of this writing, Leather hasn't responded, but his publisher, Hachette, has issued a statement condemning "harassment and intimidation of any kind."

This story has particular resonance for me, since I've been the target of similar cyberbullying campaigns. Here's just one example (fake books with scurrilous versions of my own book titles). What the hell, here's another.

A long post today from author and blogger David Gaughran details how ParaDon--via its satellite website, IndieWriterSupport.com--plagiarized text from one of his books in order to hawk a product and get a commission through affiliate links.

ParaDon is a prolific spammer--I should know, it's on my block list. It's been the focus of an expose at Indies Unlimited (essentially, it's a 419 scam), and is the subject of a long discussion thread at Absolute Write, which details, among other things, how it attempted to impersonate Amazon.

UPDATE: Here's another, extremely detailed expose of ParaDon Books Publishing, which charts the shenanigans of ParaDon's owner, Korede Abayomi, from 2011 to the present.
Share