Best of Writer Beware: 2015 in Review 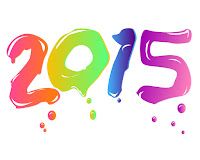 2015 was not my best blogging year, by a long shot! My mother's deteriorating health sidelined me for much of the second half of the year (and will probably sideline me again in 2016--after bouncing back surprisingly well from broken ribs this summer, my mom had a small stroke in December, which has messed up her vision and made her very weak).

Still, I do have some posts to highlight. Read on.

- Two Red-Flag Sentences in Publishing Contracts: Does that publishing contract you just received state that promotion is "at the publisher's discretion", or that the publisher doesn't guarantee that your book will sell? Be warned: this may be advance rationalization for zero promotion and tiny sales.

- Editing Clauses in Publishing Contracts: How to Protect Yourself: A bad editing clause can really come back to bite you, especially if your publisher doesn't employ qualified editors. This post discusses what to watch out for, and highlights some contract language that should ring warning bells.

- Who's Running Your Writing Group? Why You Should Be Careful: A writing group can be a terrific resource for peer feedback and support. But what if the writing group is run by a pay-to-play publisher? This post discusses why this growing trend may pose a conflict of interest.

- Manuscript Pitch Websites: Do Literary Agents Use Them? Such sites purport to provide a submissions shortcut, allowing writers to post manuscript pitches for agents to peruse, instead of going through the tedious and uncertain query process. But do agents really use manuscript pitch sites? I asked some agents, and their answers may (or may not) surprise you.

- Author Solutions Losing Market Share As Production Numbers Fall: The much-maligned Author Solutions presents itself as a leader in the self-publishing services space. But according to a recent industry report, AS saw major production declines in 2012 and 2013. Is AS's POD-centric approach--not to mention its high fees and dubious marketing services--going the way of the dodo?

- Warning: Raider Publishing International: Yet another warning about this predatory publisher, which has taken thousands of dollars from authors for services never delivered. (Raider is on Writer Beware's Thumbs Down Publishers List.)

- The Strange and Twisted Tale of Peter Senese, Serial Con-Man: For sheer weirdness, you can't beat the saga of Senese, for whom literary scams were only the tip of the iceberg.

- Awards Profiteers: How Writers Can Recognize and Avoid Them:  The boom in small press and self-publishing has fueled a parallel boom in deceptive writing awards and contests, whose aim isn't to honor writers, but to make money for the award or contest sponsor. This post highlights the warning signs of a profiteering award, and names some of the worst offenders.

- Beware Social Media Snake Oil:  From guest blogger Chris Syme, a great post on how to separate worthwhile social media strategies from pointless ones, along with warnings about some common social media scams.

- Want to Become a Better Writer? Stop Writing: Another terrific guest post, this one from Barbara Baig, who explains how the path to productive writing may sometimes be, paradoxically, to put your writing on hold for a while.

- Arbitration Clauses in Book Contracts: Signing Away Your Rights: Arbitration clauses are increasingly common in publishing contracts, as well as in the Terms of Use of some major self-publishing platforms. Many authors don't understand their implications--including the way they restrict the right to legal redress.

- Author Solutions Sold to Private Equity Firm:  I actually put this post online just this week, but the sale happened in December, which makes it 2015 news. Just over three years after Author Solutions was purchased by Pearson Education and folded into the Penguin Group, Penguin Random House has unloaded it, selling it to the Najafi Companies for an undisclosed amount (probably much less than the $116 million Pearson paid). Will Najafi take steps to address AS's deplorable reputation? I'm not holding my breath, but you never know.
Share