Awards Profiteers: How Writers Can Recognize and Avoid Them 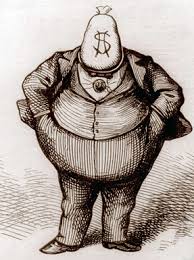 If you've been reading this blog for any length of time, you may have guessed that I'm not a big fan of writing contests and awards.

Partly this is because so many are a waste of time, with minimal prizes, negligible prestige, and zero cachet on your writing resume. Why not spend your energy on something that can get you closer to building a readership--submitting for publication, or publishing on your own?

There's also the risk of bad things in the entry guidelines--for instance, the Emerging Writer Awards, where simply submitting constituted a grant of publishing rights. Writers who don't read the fine print carefully enough may find themselves trapped by such provisions.

And then there are the contests/awards with a hidden agenda: making money for the sponsor. Such awards aren't really about honoring writers at all.

There's a complex of red flags that identifies profiteering contest and awards programs.

- Solicitation. To maximize entries, profiteering awards and contests solicit entries. An out-of-the-blue email urging you to enter a contest or awards program should always be treated with caution.

- High entry fees. Profiteers charge $50, $60, $75, or even more. There may be "early bird specials" and multiple-entry discounts to tempt authors with the illusion of a bargain.

- Anonymous judging. Profiteers promise expert judging by people with standing in the publishing field, but don't reveal who those experts are. In fact, the judging may be done by the profiteer's staff, who may simply pick winners out of a hat.

- Non-prize prizes. To avoid cutting into their profits, profiteers offer prizes that cost them little or nothing: press releases, media announcements, database and website listings, features on satellite websites or in self-owned publications. Some offer little more than the supposed honor of winning the award.

Profiteers may deviate from this template to some degree: some do provide money prizes, for instance, and not all solicit. But if more than four of these red flags are present in a contest or awards program--especially if there's a big entry fee--you should think very carefully about entering.

What about prestige? Profiteer awards and contests don't typically command a lot of name recognition, but if you win or place, you'll be able to tag your book as an "award-winning book" and yourself as an "award-winning author." How much readers care about such designations, though, is an open question. With all the fake review scandals, as well as readers' increasing disillusion with authorial self-promotion, I think book buyers have become more cynical in general about what authors say about themselves.

Profiteer awards and contests, which overwhelmingly target and ensnare small press and self-published authors, are a cynical play on authors' hunger for recognition and exposure in an increasingly crowded marketplace. In my opinion, they are never a worthwhile use of writers' money.

The Alliance of Independent Authors provides ratings for dozens of awards and contests, with Caution notices for those that profiteer or are otherwise suspect. It's a good list to check if you're thinking of entering something.

Some examples of awards/contest profiteers:

- JM Northern Media runs more than 20 literary "festivals" and conventions. JM Northern is a ferocious spammer; if you're a writer, you've probably been solicited for one or another of its festivals.

Unlike many other profiteers, JM Northern offers actual money prizes. But it can afford to. According to an article in Examiner.com that's no longer accessible, its Hollywood Book Festival received 2,740 entries in 2012. At $75 per entry, that's a gross of $205,500. Let's assume that the other 20 festivals, most of which have a lower fee of $50, also get a lower number of entries--say, 1,500 (I'm lowballing to demonstrate how insanely lucrative this scheme is). Altogether, that's over $1.5 million just in entry fees. A year. When you add in revenue from the critiques and merchandise (likely provided by JM Northern's own Modern Media Publicity), it wouldn't surprise me to learn that JM Northern's annual festival gross is well over $2 million.

- The Jenkins Group, a costly self-publishing services provider, runs at least five awards programs: Moonbeam Awards, Axiom Awards, eLit Awards, Living Now Awards, and the IPPY Awards. Entry fees range from $60 to $95, and there's the usual raft of entry categories and non-prize prizes. Even among profiteers, however, Jenkins is unusual in the amount of extra merchandise it hawks to winners. Check out the options for Moonbeam Award winners--no fewer than 29 items, ranging in price from $7.50 (for a Moonbeam Certificate) to $130 (for a Moonbeam Gold Medal--not even a real medal, just an image).

- WILDsound, another prolific spammer, runs continuous monthly contests and "festival events" for screenplays, books, poetry, short stories, and more. Fees range from $20 ("$15 OFF regular submission") for a first scene to $170 for a full novel, but average around $45. Judging is done by the usual cadre of unnamed "Professional Writers and Writing Consultants"; prizes are readings by--it's claimed--professional actors. You can sample these poor-quality videos here.

- Other profiteers include Readers Favorite ($89 to $109, depending on when you register; over 70 categories; plenty of adjunct merchandise and services for sale); the Pinnacle Book Achievement Awards ($90, over 50 categories, stickers and certificates for sale); Literary Classics (two awards, one of which is relatively inexpensive at $48, but the other costs $90 and both feature the usual unnamed "experts" and hawking of adjunct merchandise); eLit Book Awards ($70-90, 65 categories, prizes consisting of website listings and spam--excuse me, newsletter mentions); and the Global Ebook Awards ($79, over 100 categories, with winners"eligible to purchase Global Ebook Award certificates attesting to their honor").
Share